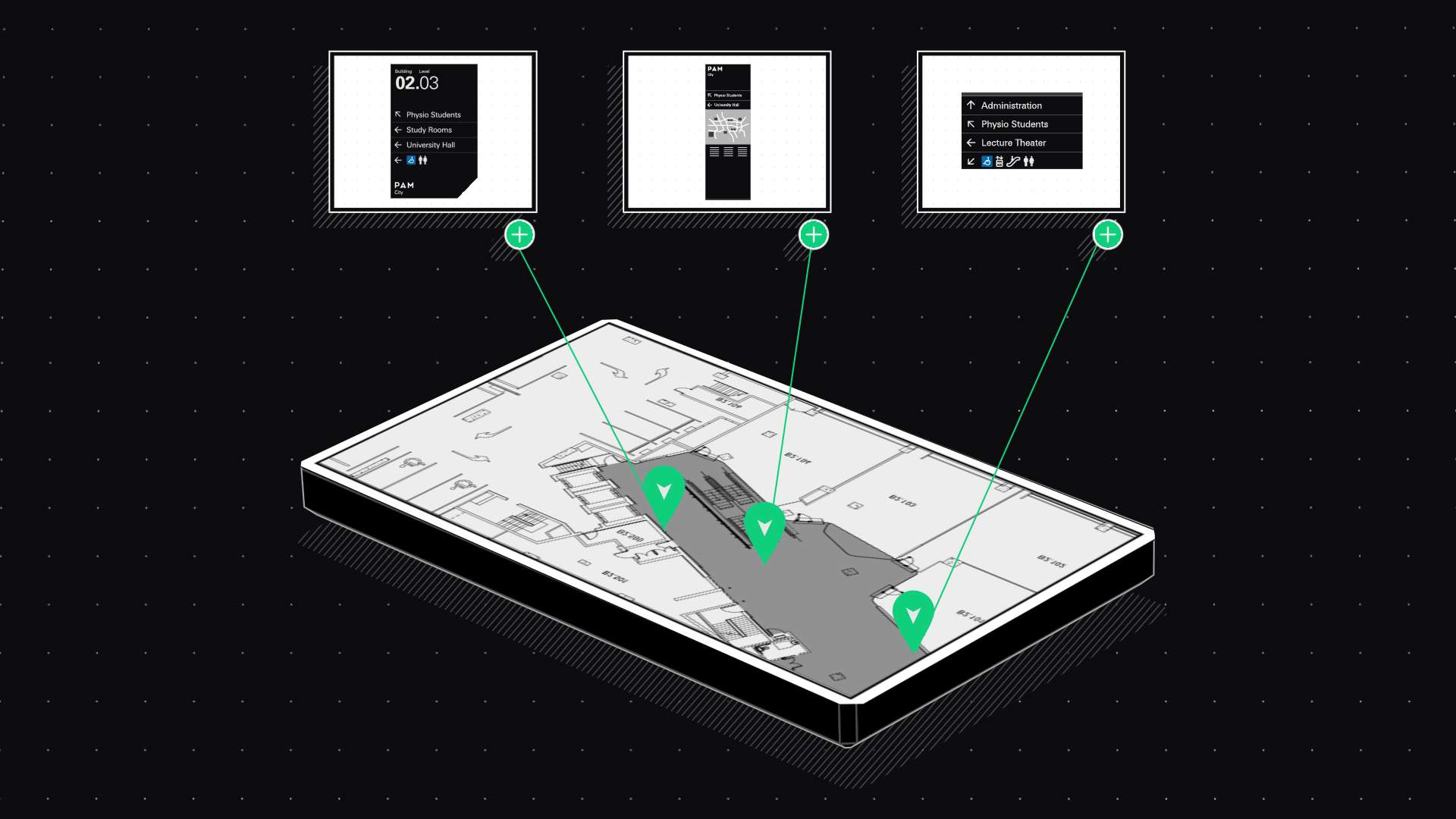 Boost studio productivity on your next signage audit. Here’s how.

To find out why PAM makes cents, we interviewed Nick Bannikoff, Design Manager at BrandCulture, one of Australia’s largest and most respected wayfinding studios, about how PAM boosts studio productivity.

Wayfinding is a notoriously difficult design discipline in which to make money. Few players have the experience and appetite to manage large-scale physical projects. So how do successful wayfinding design firms succeed?

To find out, we interviewed Nick Bannikoff, Design Manager at BrandCulture.

Nick and his team have been using PAM Wayfinding for two years and are achieving remarkable results, taking on a growing number of large wayfinding projects with the same sized workforce.

Starting at AU$1,900 for a monthly subscription, PAM is less than the cost of a designer’s salary each month. By streamlining tasks to create efficiencies, PAM reduces the overheads of each project and gives designers more time to take on additional wayfinding clients.

“When you calculate the salary costs a design firm faces on a large-scale project, PAM is really appealing,” says Nick.

So how does Pam do it?

According to BrandCulture, depending on the project, up to 75 percent of a wayfinding studio’s time on large wayfinding projects is spent on low-value tasks such as audit and documentation and scheduling, versus high-value services such as design and strategy.

These low-value tasks are essential to the project, however, customers are not willing to pay a premium for them.

Before PAM Wayfinding, wayfinding design firms sustain the hit of up to 75 percent that is consumed by low-value services. Business as usual.

Let’s compare the same project after PAM. Instead of employing more project managers to handle audit and documentation, the design firm employs PAM.

The result is a 30 per cent boost in productivity for the design firm.

The reason is simple. PAM now performs a whole bunch of stuff previously done by two or more people. Documentation time alone is halved. And it does this for a fraction of the cost by handling the following tasks:

When you consider the fact that a 30% productivity gain equates to a capacity to take on more projects, increase profit margins and win more awards, PAM begins to make a lot of “cents”.

To read more of our interview with Nick, click here.

The quickest way to get started on PAM is by booking a demo.