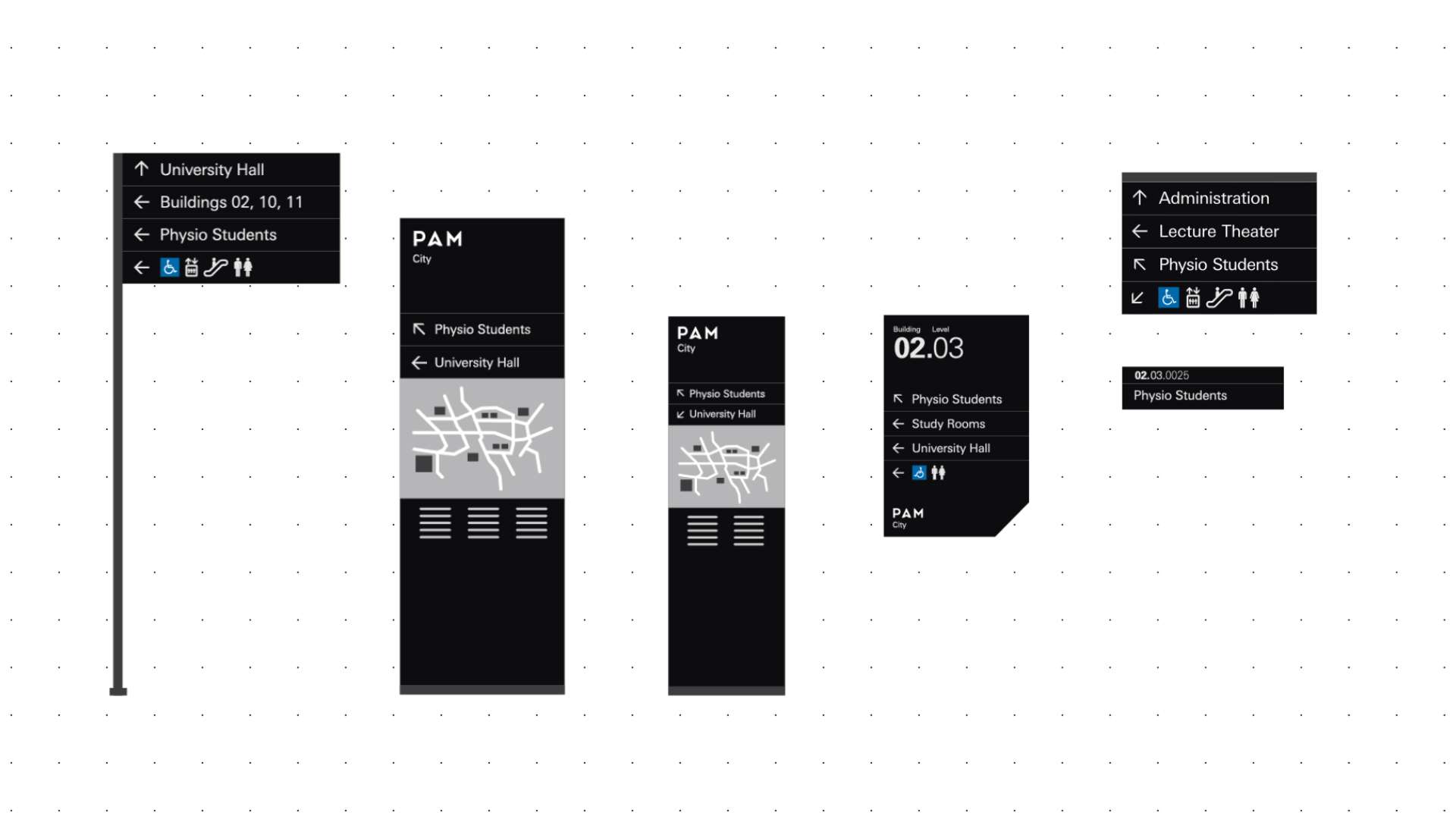 The stepping stones of wayfinding at the University of Canberra

The University of Canberra’s vision is an ambitious one. By 2030, the campus in Bruce is set to become a leading example of how a modern, world-class university transformed its physical surroundings into an integrated learning community.

Featuring a new health precinct, sustainable residential development, sports facilities, public amenities and a great hall, the ‘Campus of the Future’ is designed to streamline the use of space between scholars, students and the public.

In August 2015, Kamal Kopparapu—Campus Planning and Design Coordinator at UC—realised that, for the university’s 2030 vision to succeed, they needed to implement a modern wayfinding solution that would connect the entire campus and allow for easy navigation.

“As the university expanded, so too would the complexity of navigating such a vast space,” says Kopparapu. “With rotating class timetables and a constant influx of new students, the need for a dynamic wayfinding solution was imminent.

“The idea for a new, digitally-enabled wayfinding system came about after we implemented a new signage manual for the campus.

“We realised that we had only just scraped the surface of something that could completely revolutionise the campus users’ experience.”

Kopparapu sought a wayfinding system that could keep up with an ever-evolving physical environment, as well as help students and other visitors manoeuvre freely around the extensive construction works.

“We were looking for a solution that could manage both physical and digital wayfinding using a single platform; a tool that could take all the existing signage and produce sequential information when we needed it—to the point where the signage would only be ordered exactly when and where it was needed.”

Taking a cue from the recent wayfinding transformation at UTS, Kopparapu partnered with Stephen Minning—CEO of PAM Wayfinding in October 2016. Their goal was to develop a holistic platform that would manage the physical and digital signage content across multiple sign types, mobile devices and screens in numerous locations. Prior to PAM, the university’s signage system was managed using Excel spreadsheets and email—a nightmare shared by many tertiary institutions like UC.

“The restrictions of a smaller budget forced us to push the boundaries of innovation,” says Minning.

“How could we create a unified navigation experience across an entire campus, without rolling out physical signage in one go? By building a mobile-optimised website that would allow users to find destinations at any given time and location. It’s an enabled campus right from the get-go.”

Rather than allocate $50,000 of the university’s tight budget to each freestanding, technology-embedded totem, PAM installed prototype ‘smart kiosks’ on already existing infrastructure. These digital displays utilise off-the-shelf technologies to exhibit real-time building directories, class timetables, events and public announcements. A connected tablet provides the interactive element, enabling users to search for building and campus destinations, which they can then access instantly on their smartphone by simply scanning the displayed QR code or near field chip (NFC).

At one-tenth of the cost of a freestanding totem, PAM delivers a cost-effective wayfinding solution, without compromising on functionality and the user experience.

“Continuously installing new signage can be costly, and the relatively short life cycle means the investment becomes a drain on the budget,” says Kopparapu.

“A dynamic strategy needed to be set in place if PAM was to be used for its intended purpose —that is, to help users navigate a campus stress-free.

“PAM acts as a real-time content management system for UC’s digital screens. Changes can be made almost instantly, with real-time content management meaning both the smart kiosks and the app display live and up to date information, invaluable to navigation,” says Minning. “This also has the added benefit of reducing signage spending down the track, with less money spent on physical signage transformations.”

Ultimately, the collaboration effort aims to deliver consistent experiences and provide relevant information to each visitor, while leveraging analytic technologies to understand user behaviour across the entire campus journey.

Although, both Kopparapu and Minning admit there is still some way to go in the wayfinding transformation.

“Our priority is to help students find their way, but we’re also interested in using PAM to create a smart campus—enhancing the campus experience through digital wayfinding,” says Kopparapu.

PAM’s integration will enable UC to collect data from the wayfinding system—from staff directories, floor plans, timetables and schedules, to user behaviours, feedback and interaction methods. This direct access will enable further improvement of operational efficiencies and enhancement of the campus experience in the years ahead.